The MOCK TURTLES – Time Between 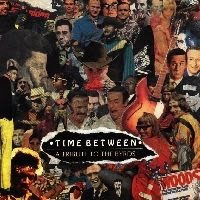 Here\’s a classic cover version of The Byrds song \’Time Between\’. This cut was part of the mostly great collection put together by Imaginary Records of modern day bands paying their respect to the greatest ever American 60s band.

I can\’t say I dig The Mock Turtles (I don\’t own any of their records nor have felt the need to do so. They were part of the English indie scene in the late 80s early 90s that did nothing for me) however, they certainly did a crackin\’ interpretation of this Chris Hillman tune.

They turn the song into a 12 string jangle fest without any hint of the country rock Hillman\’s original has. Midway through the coolness they strangely throw in a few lines from \’Why\’ but it works!
The vocals are pretty good also. This is easily my favourite track on this LP.